The global energy industry has been undergoing a radical transformation in recent years. The new energy world is renewable, decentralized and digital.

What protective measures are planned for The smarter E South America to prevent the spread of COVID-19?

Get an overview of the exhibitors and Floor Plan of The smarter E South America.

The Covid-19 pandemic has hit many sectors very hard, but the Brazilian solar energy market has never stopped growing 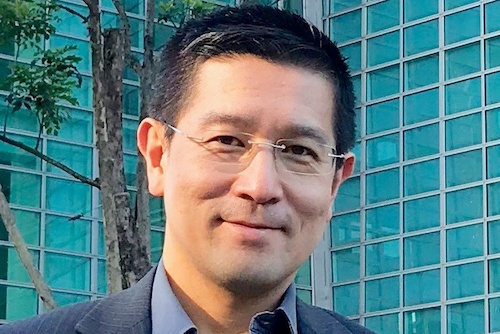 Greener is renowned for its excellent analyses of the solar energy market. In this interview, Greener’s director Márcio Takata expands on the evolution of solar energy in Brazil, elaborates on the market for distributed generation and shares his predictions for the industry’s future.

In his overview of the solar energy market, Takata draws attention to a key factor that has been driving the expansion of solar energy in Brazil: costs. “In just five years, the cost of a residential photovoltaic solar energy system has dropped by 44% from R$35,080 to R$19,520,” says Takata, while noting there has also been an impressive drop in prices for commercial and industrial applications.

As Takata points out, the drop in prices for the end consumer was made possible by reductions in the cost of associated services such as engineering, marketing, installation, labour, customer acquisition and after-sales services.

“The drop in prices has also been helped by increased competition, with many integrators entering the market. Integrators play the fundamental role of acquiring customers, dimensioning systems that meet their needs, carrying out the engineering design and integrating all of that, even taking care of the installation,” explains Takata. “But another relevant factor in reducing prices is worth mentioning, which is the integrators’ accumulated know-how. Over the years, they have learnt to be more efficient at designing, installing, etc.”

The more favorable conditions for the purchase of systems by the consumer are very welcome. Brazil currently faces a severe water crisis in which water levels are at their lowest in 90 years. In this context, the solar source makes for an important alternative that may contribute to reducing the dependence on hydroelectric power plants for our energy supply.

The increase in electricity prices this year has also helped to make photovoltaic projects more attractive throughout the country, even with the appreciation of the US dollar and the rise in equipment prices. In terms of photovoltaic modules, the first half of this year saw a demand for 4.88 GW, surpassing that in the whole of 2020.

The legal framework’s significance for renewable energy
In his global assessment of the current situation, Takata observes that solar energy –whether through distributed generation or from large scale plants– will be essential if the Brazilian energy mix is to diversify. “I believe solar is strategically significant for development, even in the short term. We need to create conditions for a strong advance in renewable sources,” he says, adding that passing the Regulatory Framework for Renewable Energy through Congress will be essential to generate the adequate economic signals that will keep the incentive for investment in solar energy high in the coming years.

Bill 5,829/2019, also known as the Legal Framework for Renewable Energy, was passed last August by the lower house of Congress and will now be analyzed by the Senate. The Bill will enshrine into law that any consumer of electricity will be able to offset power costs by feeding the grid from micro- and mini-systems of distributed generation (MMDG). Consumers will be guaranteed the right to generate their own energy and thus reduce their electricity costs. The Bill also acknowledges MMDG as a national energy policy strategy. Greener’s director sees this as a fundamental step towards developing a springboard from which Brazil could rise to a new level of sustainability, competitiveness and innovation.

Among corporate consumers, most photovoltaic systems have been installed by retail companies, especially supermarkets (22%) and petrol stations (9%). The services segment is also well represented. In 2020 and 2021, the healthcare sector (clinics, hospitals and laboratories) had a 10% share of the sector’s solar power installations, followed by a 7% share for office facilities such as accounting firms, real estate agencies and insurance companies.

Those figures have been compiled from a survey conducted by Greener ranking 650 corporate consumers from various sectors and based in all Brazilian macro-regions who have installed distributed generation photovoltaic systems. The survey also found that micro and small enterprises feature the most photovoltaic systems: more than 74% of commercial installations were carried out by MSEs.

Intersolar
As an enthusiastic supporter of events such as Intersolar, Takata believes they have a key role to perform in helping the market as a whole to evolve. “These gatherings serve to expand what industry players know, and they help consumers understand the technologies. They are also opportunities to strengthen relationships between companies in the value chain, such as manufacturers, distributors, integrators – including our own company, which has to do with information, with intelligence,” he concludes.

Intersolar is part of The smarter E South America, an event which will unite energy sector professionals at Expo Center Norte’s Convention Center in São Paulo, Brazil, on October 18–20, 2021. Click here to get tickets.

Please be aware of scammers and dubios offers.